Do you know these Polish inventions?

A kerosene lamp, a bulletproof vest or a moon rover are not constructions from the USA, but Polish inventions! Check who invented them and learn about other Polish discoveries, crucial for the whole world.

It is used in war or in defense, and its creator is a Pole – Kazimierz Żegleń. The bulletproof vest was designed and made by him in the 19th century. Admit it, this is not the latest invention. But how effective!

Interestingly, the Pole tested his product on himself and promoted it during bloodcurdling shows. During them, he ordered to shoot himself!

The kerosene lamp and the first refinery are Polish inventions

The discovery of Ignacy Łukasiewicz, who received kerosene during the experiments, turned out to be a breakthrough for the world. He quickly designed a suitable lamp for the type of fuel that became widely used.

The invention brought him fame and money as kerosene lamps lit up the darkness of the operating room. Previously, it was not operated at night because of poor lighting.

If not for Polish inventions, many global projects would be difficult. Which? For example, the Apollo missions. The vehicle designed by Mieczysław Bekker defeated over 80 other designs and helped NASA discover the Silver Globe.

Bekker’s vehicle turned out to be so good that it participated in the Apollo 15, 16 and 17 missions without any upgrades!

These inventions are just a few examples of revolutionary solutions created by Poles. The list goes on much longer. The world would have looked completely different if it had not been for the vaccines, vitamins, transistor computers or the cinema projector discovered by Poles.

You can read more about Polish inventions in the free E-book. Download HERE 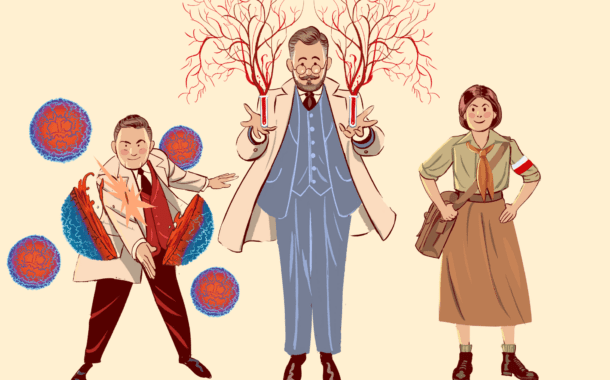