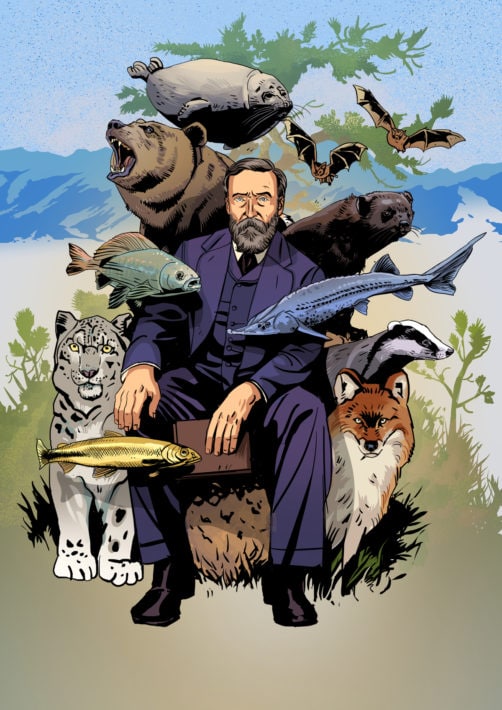 Benedykt Dybowski dedicated his love to many. Apart from his loved ones, he loved his homeland and science. He dedicated his time to the latter, even under challenging conditions, in exile. It was in distant Siberia where he made the most significant discoveries of his life. Exploring the then-unknown nature, he became known as a man with a great heart.

Benedykt was born in what is now Belarus on April 30, 1833. He grew up on his grandfather’s estate in a prominent noble family. Initially, he received homeschooling, and his first teachers were his parents, tutors, and older siblings. It was then that he became interested in nature, establishing his first herbariums and aquariums. This youthful love lasted until he studied medicine at Tartu (earlier Dorpat) University, where he also took zoology courses. After three years of study, he wrote a book: On the Freshwater Fishes of Livonia, for which his professors awarded him a gold medal. Despite this success, he was expelled from the university because… he agreed to be a second in a duel. He moved to Breslau and then to Berlin. Only after obtaining his doctorate did he return to Tartu (earlier Dorpat).