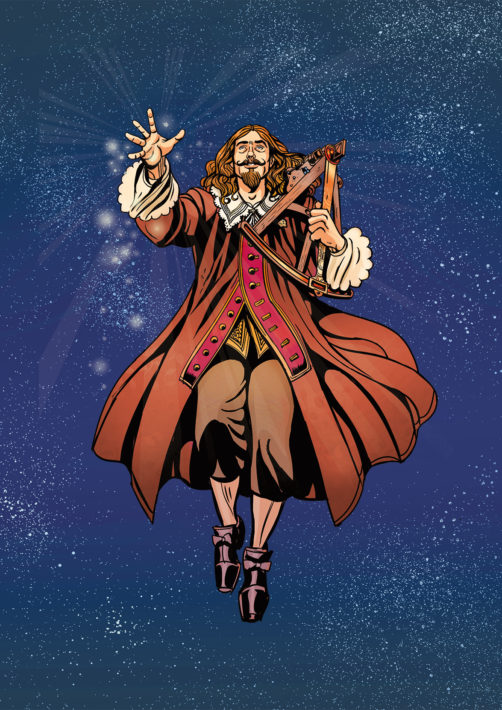 Johannes Hevelius, known in Poland as Jan Heweliusz, was one of the most outstanding scholars in 17th century Europe. Scholars from the most prominent scientific circles of England and France recognized his achievements. They found him inspiring - both in terms of the subject matter and his scholarly assiduousness. He was a city councilor, brewer, constructor, and scientist. He focused on many fields, but he was always diligent.

Johannes Hevelius was born in Gdańsk in a family of brewers and merchants, as the eldest son of Abraham and Cordula née Hecker. Despite the many variants of his name, he liked most the Latinized form – Hevelius, which he used since his studies, along with the first name Johannes. Before entering university, Hevelius received education from professors at the academic gymnasium located in his hometown. The road he had to take to become an academic was not an easy one. Other responsibilities awaited him, which eventually helped him become one of the most famous sky observers in the history of the world.