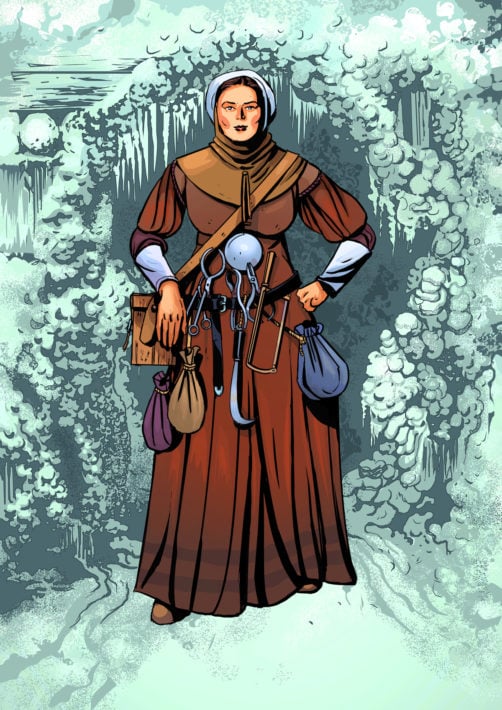 She was a phenomenon on a world scale. She became a surgeon working in the salt mine in Wieliczka in the 17th century. In the profession reserved exclusively for men, Magdalena Bendzisławska proved her competence, courage, and self-confidence.

Medicine in the 17th century was different from today – not only because of the state of knowledge. There was a strict belief that certain men could practice medicine and become a surgeon, called a barber at that time. A surgeon was Magdalena Bendzislawska’s husband, Walenty, who took care of injured miners in Wieliczka. Magdalena was his assistant, as it turned out, a very competent one. After her husband’s death, she took over his duties. Her decision did not quite fit into the traditional scheme of those times.