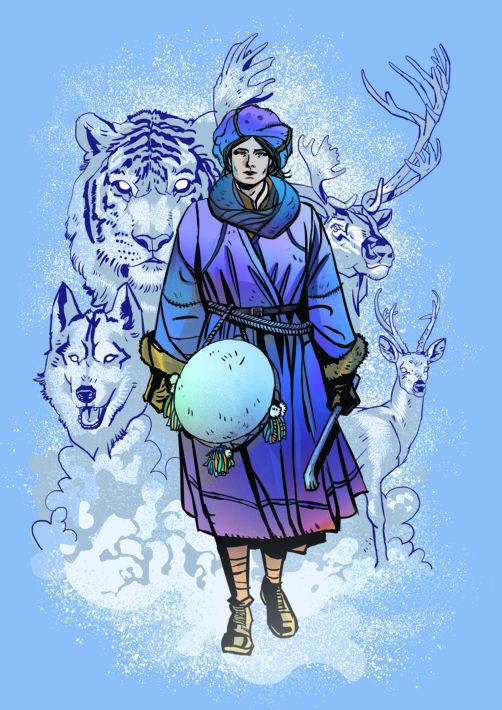 She worked scientifically and supported independence organizations in Poland. She became one of the first women to become a member of the British Royal Geographical Society and the Royal Anthropological Society. She received offers to give lectures at several world universities, was a scholarship holder several times and won many awards.

Her life was as turbulent and unusual as the topics she dealt with. She studied ghosts and shamans. She traveled, took pictures, wrote books, learned customs and languages. It brought closer the world, which for the “Western man” was not only abstract, but also magical. She was born in Warsaw, but thanks to the scholarship she won – she went to Great Britain to study. First in London and then in Oxford she studied geography and anthropology. It was there that she won a scholarship thanks to which she could finance her first expedition to Siberia. It certainly helped that she knew Russian. After this expedition, she wrote her first book, which became very popular. This was influenced by simple language, but also by the subject. Siberian peoples have not been studied before, and certainly not by a person who was able to understand them. After the first one, it was the turn of the second expedition to Siberia. Some members of the second expedition returned ahead of time, unable to withstand the extreme weather conditions and hardships of the journey. Maria Czaplicka, however, continued her actions. She brought a lot of notes and hundreds of photos from her trip. She studied customs, but also the people themselves. After compiling the materials she brought from the second Siberian expedition, she was offered – as the first woman in history – to lead the Chair of Anthropology at the University of Oxford.