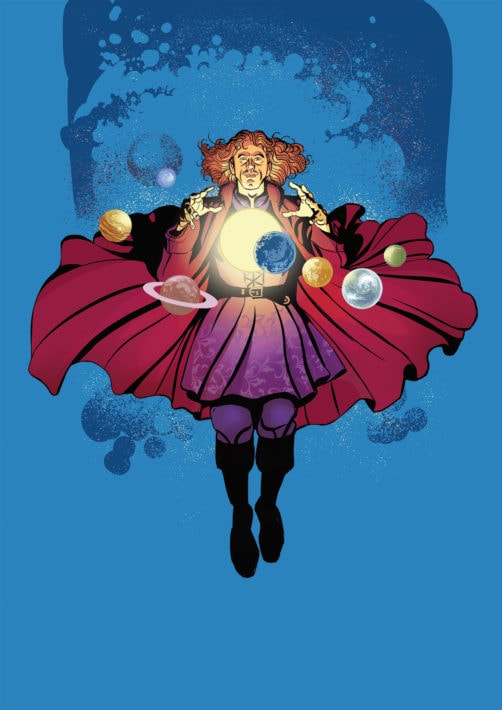 Although he is best known for his astronomical observations, today, we would say that he performed them "after business hours." His duty was to administer, manage, and attend to ill patients. He was great at it. He was extremely hard working and meticulous. Above all, he was perceptive. With his critical thinking about the prevailing order in the cosmos, he created and argued the theory that "stopped the Sun and moved the Earth."

Nicolaus Copernicus was born in 1473 in Toruń. His father, also called Nicolaus, was a merchant and a juror, i.e., a court official. His family came from a region called Silesia, from a town close to Nysa. Senior Nicolaus met his future wife, Barbara, in Kraków. She also had Silesian roots.

We do not know much about the future astronomer’s childhood. Still, he probably finished school located at the parish of one of the city’s churches. He probably studied with his brother Andrew, and later, which is not certain, he was tutored by his uncle – a canon from Wloclawek. When young Nicolaus was only ten years old, his father died. At that time, such families would usually fall into poverty. This case was different because his mother’s brother, Lukasz Watzenrode, later bishop of Warmia, took care of them. He was a significant and influential person. Thanks to his uncle, or more precisely, thanks to his money and contacts, Nicolaus continued his education and went to university. He chose to study in Cracow. But this was only the beginning of his scientific journey, which led him throughout Europe.