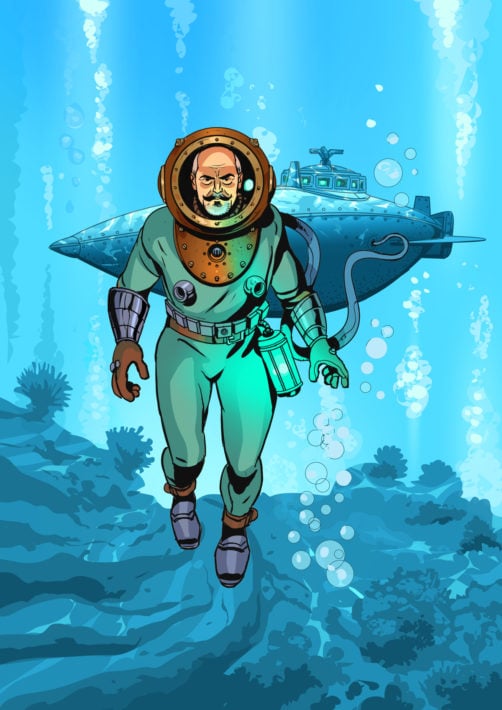 When in 1870 Juliusz Verne wrote Twenty Thousand Leagues Under the Sea, he didn't expect that Polish Captain Nemo would start his first underwater voyage just a few years later. That man was Stefan Drzewiecki, constructor and scientist, inventor, and a man who did not understand the notion of "impossible."

He was quite a rascal. Rumor has it that he loved to play tricks on his teachers. And although he passed his high school exams very well, he did not receive his diploma. That, unfortunately, closed his path to university. But Stefan was not discouraged. He began studying at a prestigious technical school. His schoolmate was Gustave Eiffel, later the famous engineer and constructor of the Eiffel Tower. It was during this period that Stefan experienced a very turbulent episode. When the January Uprising broke out in Poland, as a patriot, he came to the country to join the fight. He arrived too late and could only see the tragic end of the uprising.